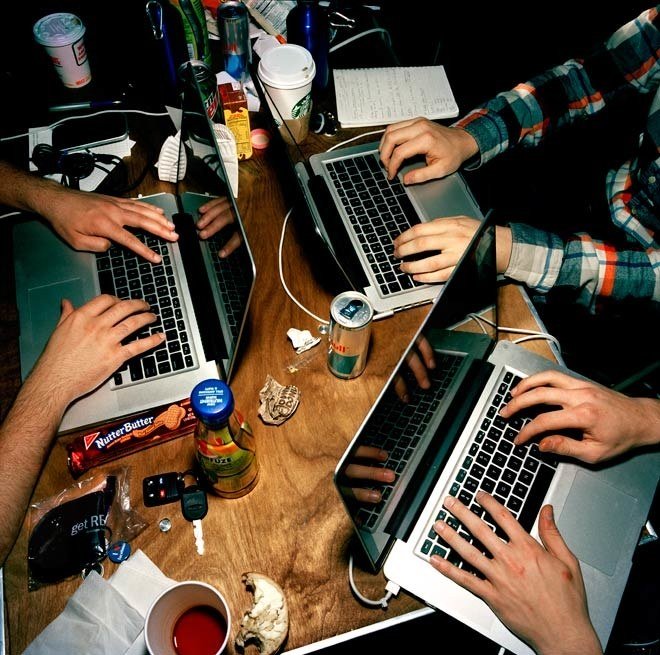 I have attended quite a few Hackathons over the past year, but always as a participant.  The CEWIT Hackathon was the first time I attended as a mentor to participants. I would like to extend a big thanks to Rich von Rauchhaupt of the Long Island Web Meetup for helping get me connected with the organizers. I felt like this was a perfect opportunity to share the knowledge I have gained from my years with IPS and participating in other hackathons.

The folks with CEWIT at Stony Brook University did a fantastic job setting up this Hackathon with help from Major League Hacking. Major League Hacking is a group that helps run hackathons for students at Universities across the country. The organization gave a talk at the beginning, providing great tips to keep the participants fueled and creative through the process. Participants started arriving at about 4PM Thursday evening. Registration went smoothly and everyone started piling into the main room on the 2nd floor for the 6PM opening ceremony. The place was packed, with many of us standing in the back of a long room.

One of the great things about this hackathon thanks to the MLH organization was that participants could borrow nearly any equipment you could think of to make a hack. Students had Alienware PCs, Oculus Rifts, Amazon Echos, Raspberry Pis and much more available for their use. The big sponsor of the event Softheon also provided some of their APIs available for public use including a payment API. This is a great way for companies to test out their APIs as it allows the participants to push their APIs into new directions.

The competition began with students forming teams and starting to brainstorm ideas. I spent this time walking between the different groups and helping flesh out ideas for them. I just love being able to help people brainstorm their ideas. It feels very much like planting a seed in a garden and then later getting to watch it blossom into a flower.

At this competition there were a lot of groups implementing solutions with Computer Vision. Many were using the openCV libraries to do things like analyze a patient’s spine, detecting an individual’s emotions, or determining whether someone was performing pushups.

In addition to the competition, the CEWIT hackathon also hosted a lot of great tech talks for competitors to gain knowledge and learn new skills. I attended a few myself including one on the Raspberry Pi, Human Computer Interaction, Microservices and Git source control. No matter what your level of experience, there was something for everyone.

Most of my time was spent walking around the main hacking area and checking in on the different groups. If any of them were having any trouble, I was at their side helping them debug.

This was also a good opportunity to introduce new developers to some great new tools to help them on their journey. I saw a group working with the Amazon Alexa using Node.js but just using a pure text editor, Sublime. While Sublime is a great editor, it is lacking the debugging features of a full IDE. I had then introduced them to Visual Studio Code, a lightweight editor that made their debugging a lot easier. We were then able to parse out what was happening step by step.

The Hack@CEWIT went off really well and it was an experience that will stay cemented in my memory. I would like to thank LeeAnn Iassogna from CEWIT for doing such a great job organizing it, and thanks again to Rich von Rauchhaupt for getting me in touch with the organizers. Also, a shout out to Softheon for all the support they gave the competition. I plan to participate in the next event whenever it is hosted.