Technology has become such a pervasive part of our home and work life that for many of us, it’s hard to sort out the fads from the tech with lasting value. IPS Co-Founder and President, Mitch Maiman shared his insight on Top ‘Smart’ 2018 Tech Trends published in Innovate Long Island.

This area has been greatly hyped and has continued to get more advanced, with new developments in natural language processing, deep learning, and neural networks, as well as the ability to learn and predict future behaviors.

Due to continued progress in these areas, retail and other businesses are expected to leverage this technology to improve efficiency and operating costs. Some publishers have already started using AI to increase the speed with which they can create their content. Even hospitality businesses have considered using machine learning to predict what their customers want.

Chatbots such as Siri, Alexa, and Cortana are expected to implement enhancements for speech-recognition and deeper personalities, to interact better with the human user. And conversational AI platforms are in development that will feature new paradigms of analytics and intelligence, expected to be used more frequently in retail, home management and other areas in 2018.

It’s expected that virtual reality and augmented reality will create revenue of $150 billion by 2020.

There are many different industries currently investing in VR and AR technology, and other businesses looking to overlay graphics onto real-world images, blending the real and virtual worlds together. For example, some apps, such as Home Harmony, allow the user to virtually preview a paint color in a certain room before physically committing.

We’ll see more advancements in VR and AR headsets this year, with better displays, better setup processes and overall price reductions. There are also plans to improve the design of these headsets to make them more ergonomic and higher performing, enabling them to be driven more immersive and rich VR and AR content.

Expect more IoT devices and systems than ever before in 2018. Internet of Things tech has already expanded well beyond the active markets of personal fitness, transportation, and logistics, into commercial building management and hospitality.

In 2018, we expect to see IoT technology spreading and impacting entirely new areas, including agriculture, livestock management, crop-storage management, even personal wellness (that is, not just monitoring health but proactive health advisement).

As more companies develop meaningful IoT value propositions, the technologies for deployment, productization, distribution and (quite importantly) security will mature even further.

The Consumer Federation of America predicted that electronic vehicle sales would increase in 2017 as compared to previous years, making 2017 a record year for EV sales. The CFA also predicts that this speed of growth will continue into 2018, which means that more demand for charging stations will occur.

Driverless cars are also expected to continue making advancements in 2018 (including Tesla Motor’s goal of producing a fully self-driving car by the end of the year). Some states, such as New York and California, have even started allowing driverless cars to be tested on the streets – but while this is a sign of the future, widespread unattended vehicle operation is still several years out.

Besides needing to be “bulletproof” as to safety, there remain very real liability issues should an autonomous vehicle become involved in an accident. Spin-offs of technology along this path are already becoming more common, though, manifested in things like lane-change guidance, assisted parallel parking and smart cruise control. Expect this tech to start expanding beyond luxury brands and high-end options. 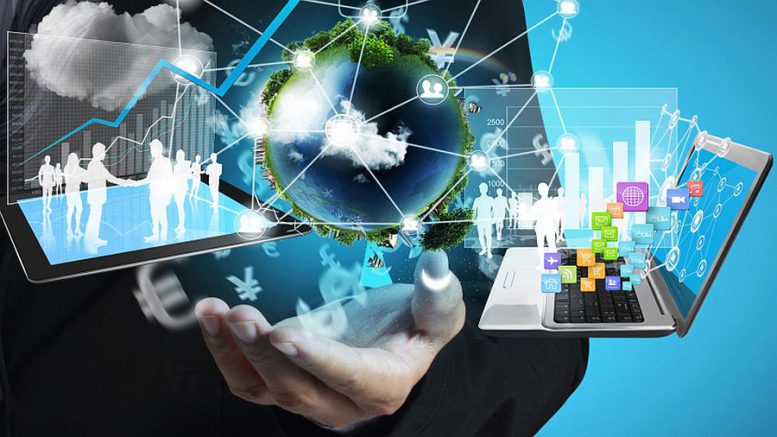 Expect more retail-level interaction via your mobile device in 2018 — among several tech trends likely to light up the New Year.